Can a tattoo that has been removed via laser tattoo removal treatments still be seen under UV lighting? 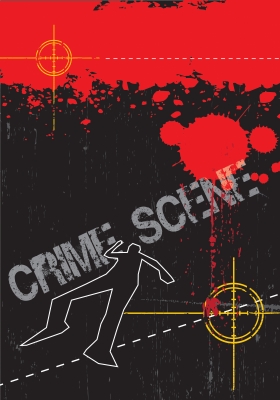 If you’re a fan of CSI: Crime Scene Investigation, you may recall an episode recently where Doc Robbins performed an autopsy on a “Jane Doe” who had no finger prints and traces of THC in her system as well as some evidence of chemotherapy drugs. Doc Robbins noted a discolored lymph node and at first assumed it was due to the cancer for which she had been treated. On further investigation, removal, and dissection of the lymph node, Doc Robbins determined the discoloration was from tattoo ink, though he had not seen a tattoo on her body. He switched to a UV light source and, with the assistance of CSI Brody, discovered that “Jane Doe” had once had a tattoo on her neck that had been removed via laser tattoo removal treatments. Really? Is it possible to see your laser removed tattoo under UV light long after it is no longer visible under regular lighting?

It’s an interesting concept, but one that is likely fabricated in someone’s imagination. Laser tattoo removal works by heating ink particles to the point that they shatter into tiny particles that the immune system can then flush away. This process does take ink particles through the lymph nodes which could, in fact, lead to discolored lymph nodes, but just getting a tattoo can cause the same discoloration because some ink particles are already small enough for the immune system to flush away. This is why tattoos tend to fade over time. Back to tattoos removed via laser…since the ink gets broken up and flushed away, once the ink is gone from the body, there would be nothing left to fluoresce under an ultra violet light source.

On the other hand, some physical trauma to the skin can be seen under ultra violet light. Old bruises and such have been seen months after the visible bruising had faded. That being said, it may be possible to see the trauma caused to the skin during laser treatment long after the skin has healed. Of course, whatever image you may see of a laser removed tattoo under ultra violet light would never be the crystal clear image depicted in the TV show. We’re not even sure you would be able to tell it was a tattoo that had undergone laser tattoo removal treatments. It did make for an interesting story, though.